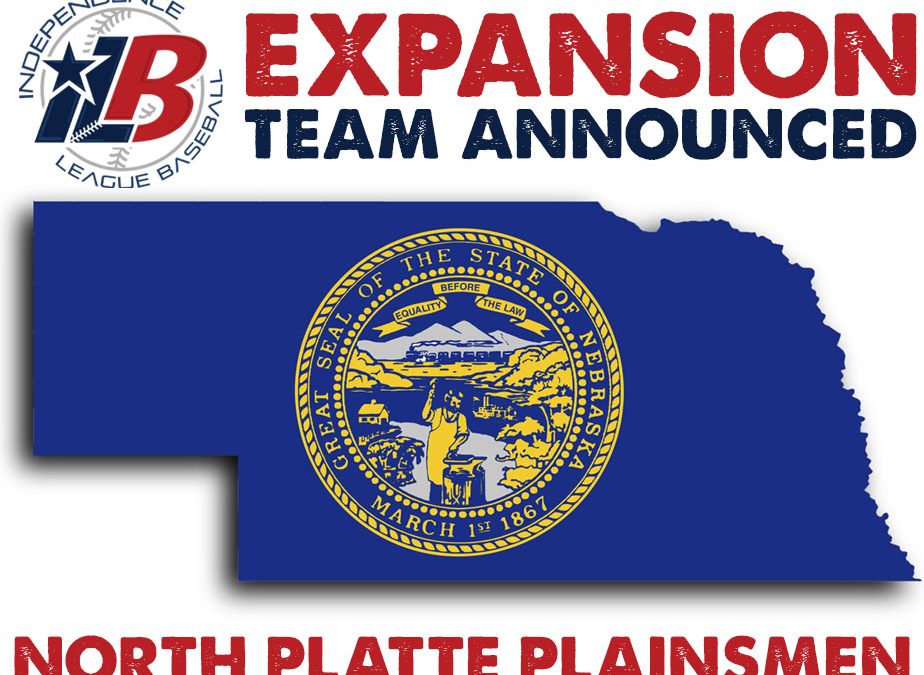 NORTH PLATTE, NE – Independence League Baseball, one of the premier summer collegiate leagues in North America, today announced the addition of the league’s ninth team, the North Platte Plainsmen. The Plainsmen are based in North Platte, Nebraska and will play at Bill Wood Field, part of the Cody Park recreational complex. The team’s lease was approved by North Platte City Council at the December 21st meeting and an agreement has been reached to share the ballpark with American Legion Baseball Post 163.

“This is a great opportunity for the sport of baseball, for the city of North Platte and the surrounding communities,” Justin Thompson of North Platte American Legion Post 163 said. “We look forward to working with the Plainsmen to not only grow the baseball program for our local young men, but to improve our local facilities so that we may attract more players, teams, and tournaments to our area.”

Independence League Baseball is a summer collegiate wood bat baseball league dedicated to their respective communities and vow to work cooperatively, aiming to provide the very best experience for fans, players, coaches and staffs. Each organization is operated professional and with integrity, promising to keep the fan and player experience at the top of mind all day, every day.

The Plainsmen are owned by Advanced Investments, LLC, with Bryan Frew along with Mayra & Chuck Heeman acting as Operating Owners. Frew also owns the Hastings Sodbusters while the Heemans own the Western Nebraska Pioneers & Casper Horseheads, all current members of Independence League Baseball. The Sodbusters and Pioneers are entering their fifth year of operation while the Horseheads begin their fourth season in May of 2022, after sitting out the 2020 season due to COVID restrictions in Wyoming.

“With the formation of the Independence League, we immediately identified North Platte and Lincoln County as one of the best locations to expand our footprint,” Chuck Heeman said. “The City of North Platte is on the upswing with new business coming to town and we see this as an opportunity to establish a great quality of life asset to the area as the City grows. The City and Legion Baseball have been great to work with through this process and we can’t wait to get started.”

The Plainsmen have named JM Kelly as the team’s inaugural Head Coach. Kelly, a native of Buna, Texas and currently hitting and catching coach at Texas A&M Kingsville, coached the Hastings Sodbusters during the COVID-affected 2020 season, leading the team to a 28-23 record after joining the team early into the season. Kelly also has summer baseball coaching experience in the Texas and Sunflower Collegiate Leagues.

The team has also signed its first players to the 2022 roster:

One highlight of the 2022 season schedule will be an exhibition game against the U.S. Military All-Star traveling baseball team, scheduled for July 8. The team features active duty players from all branches of the military, and proceeds from the game will go to support local veteran and military support organizations.

The team is actively searching for host families for players and coaches for the summer. To find out more about being a host family and other information about the Plainsmen, email to northplatteplainsmen@gmail.com or call the team at 308-535-1428.

The Plainsmen have launched a temporary website at  www.northplatteplainsmen.com featuring connections to all social media accounts.

Independence League Baseball is actively recruiting and vetting additional teams, venues and operators for the 2022 season and beyond. Announcements on these and more will be shared as commitments are finalized. For more information, visit www.independenceleague.com.